27. Inspiring Hope Through the Gift of Shoes With Manny Ohonme

27. Inspiring Hope Through the Gift of Shoes With Manny Ohonme 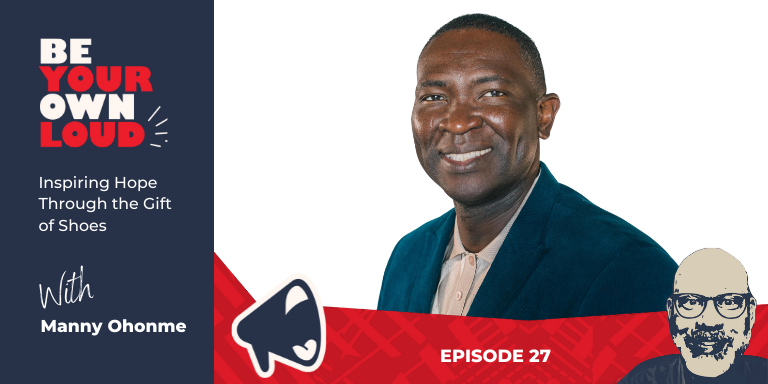 For a lot of people, shoes are simply a fashion accessory.

But for millions all over the world, shoes are a basic necessity and a beacon of hope.

In this episode, Matt Halloran talks to Manny Ohonme, the founder, president and CEO of Samaritan’s Feet, a non-profit organization that shares hope with those in need by washing their feet and giving them a new pair of shoes (they’ve distributed over 8 million pairs of shoes to date!). Manny explains why shoes are a symbol of hope that help people to dream big. He also shares how he has managed to make a global impact, even though he had nothing to give away when first starting out.

Emmanuel “Manny” Ohonme grew up in Lagos, Nigeria and received his first pair of shoes from a “Good Samaritan” at age nine. Those shoes became a symbol of hope as Manny started playing basketball, earned a college scholarship in the U.S., and began a successful career in the technology industry. In 2003, Manny and his wife, Tracie, founded Samaritan’s Feet International, a non-profit organization that shares hope with those in need by washing their feet and giving them a new pair of shoes. Now, over 8 million pairs of shoes have been distributed in 108 nations and over 450 U.S. cities.

26. Ways To Show Your Team How Much You Care With Tim Halloran | 28. Form Greater Connections by Naming the Mouse in the Room With David Wood

Gain access to our deep vault of resources to help you become a subject matter authority. Learn how to create and implement effective content marketing, click-worthy social media, your own podcast, and much more.

3 Myths That Stop Professionals From Podcasting
Why Podcasting is a Game-changer for Experts
Good VS. Bad Expertise Marketing
How to Compete and Win in the Expertise Economy

ProudMouth exists to liberate the world’s experts from the torment of sales, allowing them to get back to their passion and profitability.